Yeshivas Aderes Hatorah was founded by Rabbi Senter on the belief that every student with a desire to excel in his learning deserves the attention and support needed to truly do so.
Growing up in a rabbinic family, Rabbi Chaim Zvi Senter absorbed strong Torah values and a sense of achrayus to the klal. After learning in Yeshivas Mir Yerushalayim for five years, Rabbi Senter started delivering shiurim to talmidim in the Mir.

Five years later, in the summer of 2006, with the guidance of his rebbe, Rav Dovid Cohen, shlita, Rosh Yeshivas Chevron, he opened his own yeshivah with just 20 boys. Today, the enrollment stands at 110 students, 90 married kollel students, and over 20 rebbeim.

Rabbi Senter was influenced by his grandfather, Rabbi Aaron Dov Rosenbaum, an activist and the driving force behind the Rosenbaum Yeshivah of North Jersey. He was also greatly influenced by the teachings of Rabbi Shlomo Freifeld and Rav Klonimus Kalman Shapiro, brilliant educators of years past. He lives in the Arzei Habira neighborhood of Jerusalem with his wife and children. 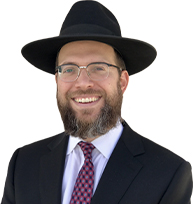 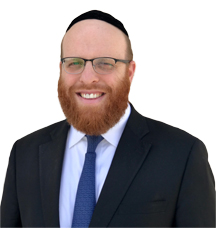 Rabbi Chaim Dov
Stark
Mashgiach
view bio
Rabbi Stark is the Mashgiach Ruchani of Yeshivas Aderes Hatorah. He has recently put out a sefer that discusses the kavod inherent in every Yid culled from his contact with some of the leading gedolim of the generation, including Harav Moshe Shapiro, zt"l. Rabbi Stark utilizes his experiences to impart the wisdom of these gedolim to his talmidim. 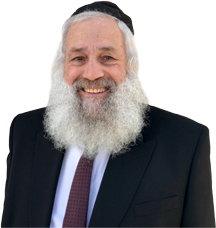 Rabbi Kalman
Rosenbaum
Menahel
view bio
Rabbi Rosenbaum is the esteemed menahel of Aderes Hatorah and also oversees the yeshivah's mentoring program. With nearly five decades in chinuch he excels at nurturing students and improving the talmid-rebbe relationship. Prior to moving to Eretz Yisrael, Rabbi Rosenbaum was principal of several schools in America, including RJJ and Torah Day School of Atlanta, and served two terms as Chairman of the Torah Umesorah National Educators Convention. 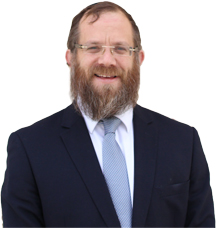 Rabbi Yehuda
Glazer
First Seder Rebbe / Head of First Year Program
view bio
Rabbi Glazer, an alumnus of Yeshivah Ner Yisroel, Baltimore, and Yeshivas Mir Yerushalayim, is a founding staff member and beloved rebbe. He is also the yeshivah's best known ambassador abroad. Rabbi Glazer's appointment as first seder rebbe paved the way for forming a first-year program for post-high school boys. Every aspect of the yeshivah's first year, from meeting new applicants in the US to managing the dorms, is carefully supervised by Rabbi Glazer. He arranges speakers, organizes incentive programs, and most importantly helps the boys acclimate to the yeshivah environment. 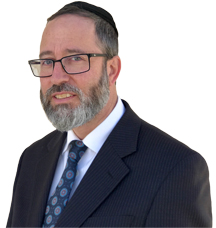 Rabbi Shmuel
Weiner
Yeshivah's Posek
view bio
Rabbi Shmuel Weiner, an alumnus of Yeshivas Mir Yerushalayim and Toras Moshe, is the posek of the yeshivah and also serves as a rosh kollel. In 2012 Rabbi Weiner accepted the position of rav of the Zichron Nosson Tzvi shul in Ramat Eshkol. His clear and extensive grasp of halachah l'maaseh, honed during shimush from Harav Yaakov Blau, Harav Isaac Kahana, and Harav Moshe Yadler, benefit the talmidim in his answers to practical sheilos and also enriches the yeshivah's learning. 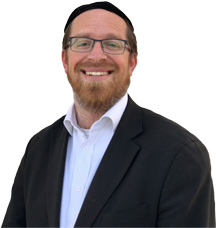 Rabbi Binyomin
Ackerman
Second Seder Rebbe
view bio
Rabbi Ackerman is an alumnus of Yeshivah Be'er Hatorah and was a rebbe in Yeshivas Chedvas Hatorah and Lev Aryeh for a number of years before joining Aderes Hatorah. As a second seder rebbe, Rabbi Ackerman focuses on building a connection with his talmidim that outlasts their time in yeshivah, providing the boys with a kesher for life. 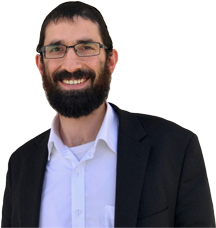 Rabbi Chaim
Albert
First and Second Seder Rebbe
view bio
Rabbi Albert attended Adelphia Yeshivah for six years before moving to Yeshivas Mir Yerushalayim. He is a second seder rebbe in Yeshivas Aderes Hatorah, but is on hand in yeshivah all day, easily accessible to continue giving his talmidim a geshmak in their learning. His warmth and commitment make Rabbi Albert the perfect candidate for inspiring the bachurim to greater clarity in and appreciation for their learning. 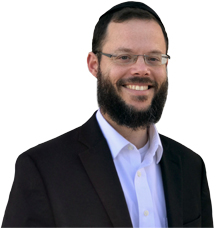 Rabbi Zev
Draiarsh
Second Seder Rebbe
view bio
Rabbi Draiarsh, known for his unflagging energy and enthusiastic approach, has been inspiring talmidim for thirteen years to feel the importance and joy of their learning. A popular second seder rebbe, Rabbi Draiarsh holds a degree from Yeshiva University and is an alumnus of Yeshivas Mir Yerushalayim and Kollel Ner Moshe. He currently holds a position as sho'el u'meishiv in Yeshivas Mir Yerushalayim as well. 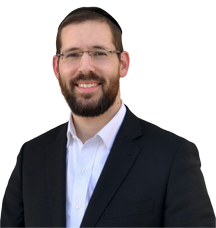 Rabbi Asher Chaim
Eisikowitz
Second Seder Rebbe
view bio
Rabbi Eisikowitz is originally from Lawrence and learned in Harav Meir Soloveitchik's yeshivah. He joined the Aderes Hatorah hanhalah seven years ago as a second seder rebbe. Rabbi Eisikowitz focuses on building his talmidim's Gemara skills, giving them the confidence and capability to learn on their own. 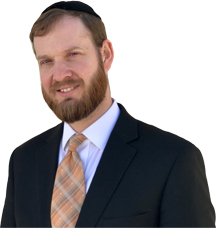 Rabbi Shalom
Erlanger
First Seder Rebbe
view bio
Rabbi Erlanger is a long-time member of the hanhalah working as a first seder rebbe for the older bachurim. He guides the boys to superior clarity in the sugya, leading to a greater attachment to limmud Torah. Additionally, Rabbi Erlanger, using the teachings culled from his father, mashgiach of Mirrer Yeshivah in Brooklyn, and his grandfather, Harav Shlomo Wolbe, teaches his talmidim the correct hashkafah for living with the proper attitude towards Yiddishkeit. 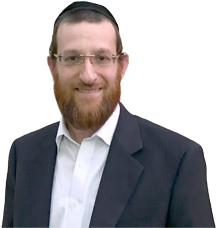 Rabbi Moshe
Gelbtuch
Second Seder Rebbe
view bio
An alumnus of Yeshivah Sha'arei Tevunah and Yeshivah Lakewood East, Rabbi Gelbtuch is a warm and outgoing member of the hanhalah who exerts himself to help talmidim. Rabbi Gelbtuch learns with bachurim during morning seder and applies his skill to bond with his students as a rebbe in the afternoon. Additionally, Rabbi Gelbtuch assists in pairing talmidim with avreichim for second seder chavrusos. 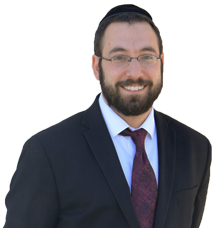 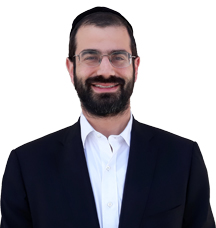 Rabbi Avrohom
Goldberg
view bio
Rabbi Goldberg, a distinguished talmid chacham who learned in the yeshivas of Toras Moshe, Mir Yerushalayim, and Brisk, serves as rosh kollel of our small chasidishe kollel. He has received semichah from Harav Yosef Efrati of Yerushalayim. Rabbi Goldberg, a Baltimore native, possesses an encyclopedic knowledge of Torah sources and is always available to answer sheilos from both the bachurim and the avreichim. 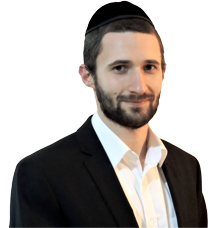 Rabbi Yosef
Gordon
First Seder Rebbe
view bio
Having learned b'chavrusah with the roshei yeshivah in Gateshead and in Harav Tzvi Kushelevsky's yeshivah, Rabbi Gordon is uniquely positioned to give an in-depth Gemara shiur for the first-year talmidim. He trains the boys in the necessary thinking skills to learn and understand Gemara properly. Additionally, Rabbi Gordon founded and directs the yeshivah's Shemen Lama'or Chanukah program, which focuses on teaching yedios klaliyos to the bachurim. 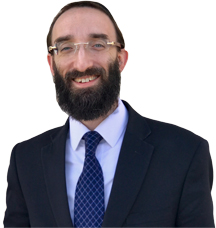 Rabbi Shragi
Kallus
view bio
Rabbi Kallus is a sought-after speaker in many yeshivos and seminaries and has thousands of recorded shiurim on Torahanytime.com. In addition to giving a shiur in Aderes Hatorah every Friday, Rabbi Kallus is a rebbe in Yeshivos Torah Ohr and Beis Yisrael and serves as rosh kollel of the Second Seder Kollel for Halachah that boasts 150 members. His dynamic, engaging style and sharp wit have the bachurim relating to halachah in a very real way. Rabbi Kallus is the author of Wine, Whiskey, and Halachah and The Laws of Yichud. 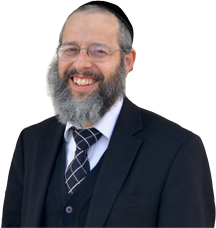 Rabbi Yaakov Dov
Levy
Rosh Kollel
view bio
Rabbi Levy has been a part of Yeshivas Aderes Hatorah for many years. He spent his own yeshivah years in Mir Yerushalayim and is now rosh chaburah in the Nefesh Hachaim Kollel of the yeshivah. Rabbi Levy makes himself available for the avreichim and his dedication and hasmadah make him a valuable role model of a true ehrliche yid. 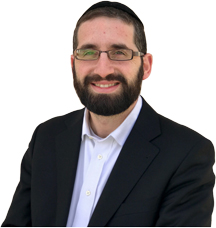 Rabbi Moshe
Rubin
Second Seder Rebbe
view bio
Rabbi Rubin, a warm and approachable personality, is a real asset to yeshivah, serving as a second seder rebbe and learning with bachurim during first and night seder. He provides the boys with tools for learning Gemara and his mentoring gives them a solid foundation in Yiddishkeit along the way. Rabbi Rubin, himself a talmid of the Rosh Yeshivah, Rabbi Senter, as well as Harav Moshe Aharon Friedman and Harav Yehuda Wagschal of Yeshivas Mir Yerushalayim, makes it his business to create an atmosphere of family and belonging for his bachurim. 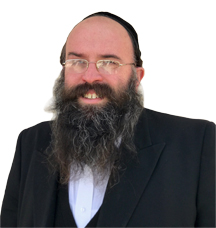 Rabbi Shlomo
Schweitzer
Meishiv
view bio
As a sho'el u'meishiv and mentor to the bachurim, Rabbi Shweitzer provides a sterling personal example of a true ben Torah. He inspires the yeshivah with shiurim regarding inyanei kedushah and his direction during seder allows each talmid to hone his own Talmudic skills and develop a well thought-out approach to the sugya. Rabbi Schweitzer is a son of Rabbi Yaakov Dovid Schweitzer, former principal and maggid shiur in Yeshivah Torah Vodaas. Prior to joining the Aderes Hatorah family, Rabbi Schweitzer held the same position in Yeshivah Sha'arei Tevunah. 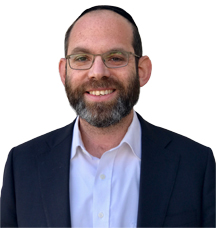 Rabbi Shaya
Sofer
Assistant Mashgiach
view bio
Rabbi Sofer is an alumnus of the Yeshiva of Philadelphia and Yeshivas Mir Yerushalayim. He tutored bachurim in Mir Yerushalayim before joining Yeshivas Aderes Hatorah. His role as assistant mashgiach provides him the opportunity to teach his talmidim to act with sincerity in every aspect of their lives from marriage to chinuch. 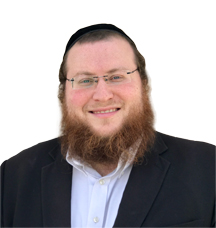 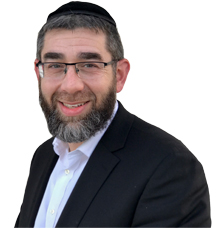 Rabbi Yehoshua
Strajcher
Second Seder Rebbe
view bio
Rabbi Strajcher, a Memphis native, attended Yeshivos Beis Yisrael and Mir Yerushalayim. He has been a rebbe in several yeshivos. For the last ten years, Rabbi Strajcher has put his admirable skills to use as a second seder rebbe. Additionally, he is a first seder rebbe in Yeshivah Zeev Hatorah. Rabbi Strajcher endeavors to impart to his talmidim the knowledge that every gemara studied can be learned well and enjoyed anew. 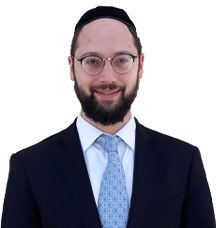 Rabbi Eliyahu
Yaari
First Seder Rebbe
view bio
Rabbi Yaari's skill in opening the bachurim's eyes to their own abilities makes him an instrumental first seder rebbe. He is an alumnus of Yeshivah Toras Moshe where he also received semichah. Previously he served as sho'el u'meishiv in Yeshivos Merkaz Hatorah and Toras Chaim. In addition, Rabbi Yaari is a rosh chaburah of a hilchos Shabbos kollel.